In 1830 Princess Marianne married her first cousin, Prince Albert of Prussia. They had five children, of which three survived to adulthood. Three years after the birth of her last child Marianne left her husband, who was unfaithful to her. He was also very violent to their staff and a secret police report mentions ‘venereal diseases’.

She began to live with Johannes van Rossum, who was her former coachman. She wasn’t formally divorced from her husband until March 1849. In October of that year, she gave birth to a son by Johannes van Rossum, who was named Johannes Willem van Reinhartshausen. This caused a major scandal, and she was never allowed back to court. The three of them spent a few years in Italy before going to live in the Czech Republic. In 1855 she bought Schloss Reinhartshausen. Her son tragically died of scarlet fever in 1861; he was only twelve years old. He is buried in a church that was built in his honour. It still exists today.

Johannes van Rossum died in 1873, and Marianne died ten years after him. They were never legally married because Johannes had never divorced his wife, Catharina Wilhelmina Keijzer. Because of this, they were not allowed to be buried with their son. They are buried together in the churchyard, but only Marianne’s name is listed on the tombstone. Prince Albert of Prussia later entered into a morganatic marriage to Rosalie von Rauch; he had a further two children by her.

It shows great character that Marianne refused to reconcile when reconciliation was offered in 1859. She answered William, later German Emperor William I, that she did not appreciate his offered to rejoin the Prussian royal family. After the humiliations, she did not want to abide by the family house rules (Hausgesetz) of the Hohenzollerns. She was ‘eine freie Niederländische Frau’ – A free Dutch Women. [1]

Is Marianne your ancestor? Please don't go away!

ask our community of genealogists a question.
Sponsored Search by Ancestry.com
DNA Connections
It may be possible to confirm family relationships with Marianne by comparing test results with other carriers of her mitochondrial DNA. However, there are no known mtDNA test-takers in her direct maternal line. It is likely that these autosomal DNA test-takers will share DNA with Marianne: 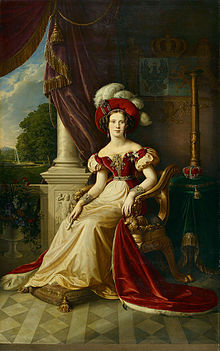