This profile is part of the Murdoch Name Study.

This is the story of a 19th century couple, David Murdoch and Harriet Parkes. Born in the 1830s into modest backgrounds, both had brothers who were more successful than they were. Married in 1859, they had nine children: one died as a baby and another died in her twenties. David had a short career as a minor civil servant but eventually went off the rails, abandoning his family and emigrating to Australia in 1873 where he died from drink in Sydney in 1879. Harriet, left behind in Britain unable to support her growing children, shipped off her five boys as “orphans” to Canada from where they later travelled south to the United States and established their own families. The two surviving girls both married in England and had children, some of whom also went to America. Harriet died in Manchester in 1911.

David’s father, John Murdoch (1788-1841) was born (like his father John before him) on the remote Lynemore Farm in the parish of Ardclach , Nairnshire between Nairn and Grantown-on-Spey in the Scottish highlands. David’s mother, Mary MacPherson (1790-?) was born in Corrybrough, a large house in Raigbeg a few miles west of Ardclach over the mountains in the parish of Moy & Dalarossie, Inverness-shire. The couple married at Ardlach in March 1815 when John was 27: Mary was 24, living in the parish of Calder, W of Glasgow, but their eldest child Elizabeth had already been baptised in Ardlach .

David’s brother John, who was to become a national figure in Scotland, was second born in 1818 at Lynemore where John senior farmed for the first 6 years of their marriage. They moved briefly to Culloden, a few miles west where George was born, and then the family went to stay for 6 years at Bonskeid House near the town of Pitlochry [Perth & Kinross] where Mary Ann and Charles were born. In 1827 the family moved to the remote Isle of Islay in Argyllshire and lived at Claggan farm a few miles from Islay House at Bridgend where father John Murdoch was the gamekeeper. Four more children (Walter, Alexander and twins Jessie and Janet) were born there, then David the ninth and last on 23 September 1834. Three of them (Alexander, Janet and David) were baptised together on 15 May 1835.

David was brought up in Claggan where the children helped on the farm. His brother John, 16 years older, left home to become an exciseman in 1838 when David was four. In 1840 or 1841 their father John died after a shooting accident , and in June 1841 the census shows widowed Mary with six children living at Claggan farm. In 1844 Mary was forced to leave the farm with her daughter Janet (known as Jessie) aged 11 and her son David aged 10. They were taken in by brother John who had been posted to Shuttleworth near Bury in Lancashire after he had worked for a period in Ireland. However, the very next year (1845) John was posted back to Bowmore on Islay so David and his mother and sister moved back too though they did not return to the farm at Claggan.

After two years there, John was posted in 1847 to nearby Campbeltown in Kintyre where the four lived for at least 5 years, including a 6-month residence in the village of Muasdale 14 miles further up the coast. At the census in 1851, David was a schoolboy of 15 living in Askinal Walk , Campbeltown, with his mother and elder brother John. Janet/Jessie was lodging in Edinburgh while completing her schooling. Soon afterwards their mother went to live with Jessie [Janet] who had become a school-mistress in Penycuik, Midlothian, south of Edinburgh. In 1853, when John was posted back to Ireland, David (19) may have joined his mother and sister.

By the time he is 20, David has had 6 weeks training in Edinburgh and qualified in April 1855 as an exciseman for the Inland Revenue, following in the footsteps of his elder brother. He worked in the Edinburgh “Collection” for 18 months before being posted to Orkney in December 1856. He remained there only 6 months as an “expectant” until he was posted down to England in May 1857 as the assistant in Worcester, where a senior officer (before his death in 1854) had been one Frederick Parkes. It was another 2 years before David, who had been born and brought up in Scotland, married Fred’s daughter Harriet Jemima Parkes.

The couple were married in St Clements Church in Worcester on July 9 1859 when David was 25 and Harriet 24. Around that time David was posted to Nenagh in the county of Tipperary in central Ireland , and in the September of the following year (1860) he was posted to the market town of Bingham in Nottinghamshire where the family appears in the 1861 census in Church Street. Their eldest son, Roderick MacQueen, is shown as having been born in Ireland, presumably in Nenagh, before April 1860. The family later moved to nearby Fisher Lane in Bingham .

David’s place of work as excise officer was just across the road from their house in the Chesterfield Arms, the commercial inn where the county court was also held. Five children were born to the couple in their 6 year stay in Bingham, and all except the eldest of these were baptised in the parish church of St Mary and All Saints.

Harriet’s mother may have stayed with them in Bingham as there is a record of a commercial farming transaction by a Mrs Parkes in December 1860 . At Christmas-time in 1863, David’s eminent brother John (at this time still an excise officer himself) visited the family in Bingham (where his own family were already staying) while he was on his way from Ireland via Crewe and Nottingham to London to be interviewed for a new post in Shetland.

At the end of 1866, David was posted to the small town of Wirksworth in Derbyshire (about 40 miles away) “having incurred the displeasure of the Board .” This is the first hint of a problem in David’s life and was perhaps a hint as to what would later befall. His whole career seems to have been a series of rather short postings: 9 in 17 years, by far the longest being his 6 years in Bingham. Their seventh child Charles was born in 1868 in Wakefield in Yorkshire where Harriet’s mother Mary was recorded (in the census of 1871) as living in her widowhood. The eighth child, David, was born in Liverpool in 1870 but died 2 days later. At the census in 1871 , David (still a Revenue Officer) and Harriet were living in Bromsgrove with five children (Roderick, Jessie, Frederick, Walter and Colin) while Marion Louisa aged 12 (10?) seems to have been lodging at a dancing school in Coventry Road, Birmingham. Finally, Lucy Bradbury was born in August 1872 in Monmouth in South Wales , not far from where her grandfather Fred had been employed in 1841. David and Harriet’s married life together had been spent entirely in England except for a short period after their marriage in central Ireland and a final short period in Wales.

It was in Monmouth at around the time of Lucy’s birth in 1872 that the Murdoch family life came to an untimely end. David was dismissed from his post as Excise officer for drunkenness and deserted his wife. He sailed to Australia and obtained a post as a Customs House Officer in Sydney. But he survived only six years and his death certificate gave intemperance as the cause of death. So Harriet in her mid-thirties was left in Britain to struggle with at least six children , the eldest being 12, while her widowed mother Mary was 57 and living 200 miles away in Wakefield, Yorkshire.

Unable to care for the children on her own resources, Harriet had to make a most difficult decision. She entrusted five of them to Annie MacPherson’s Christian evangelical organisation, who took them to Canada as “Home Children” where they were placed first in the ‘Marchmont’ receiving home in Belleville, Ontario, and then with families in the area where they were cared for and helped to learn a trade. The younger boys were sent first in 1872-3 at the ages of only six and seven. It may be that the older ones were kept back at first as being of some economic benefit to the home, but Roderick and Marion were sent over in 1873-4, when they were 13 years old. Soon after, in May 1875, Harriet herself sailed to Quebec to visit them, taking the three youngest (Jessie, Charles and Lucy) and they all returned to Liverpool the same year bringing Marion back with them. Charles returned to North America under his own steam in April 1889 at the age of 21.

ask our community of genealogists a question.
Sponsored Search by Ancestry.com
DNA Connections
It may be possible to confirm family relationships with David by comparing test results with other carriers of his Y-chromosome or his mother's mitochondrial DNA. Y-chromosome DNA test-takers in his direct paternal line on WikiTree: It is likely that these autosomal DNA test-takers will share some percentage of DNA with David: 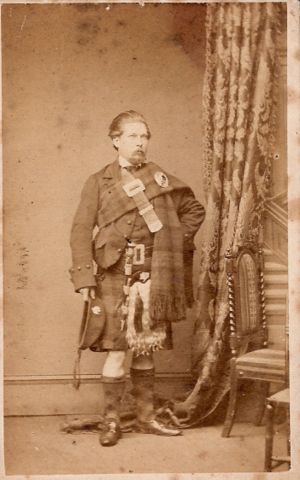 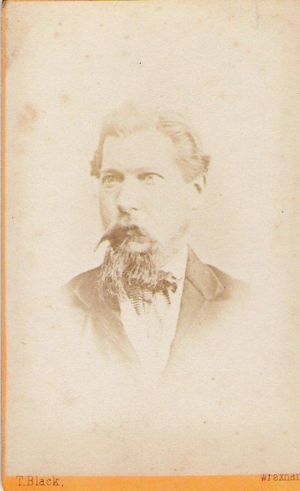