Isaac Shelby was awarded a Congressional Gold Medal in the War of 1812.

Isaac Shelby was one of the heroes of the Battle of King's Mountain, South Carolina in the Revolutionary War. He was the first Governor of Kentucky serving 1792-1796. He served again as the 5th governor 1812-1816 and led the Kentucky troops in the War of 1812. He is listed in the Kentucky Encyclopedia. Shelby County, Kentucky is named for him as well as counties in Ohio and Iowa. His biography from The Kentucky Encyclopedia follows:

SHELBY, ISAAC. Isaac Shelby, Kentucky's first governor, was born near Hagerstown, Maryland, on December 11, 1750, to Evan and Letitia (Cox) Shelby. The family moved to western Virginia in 1772. Young Shelby gained military experience in Lord Dunmore's War and the Revolutionary War. He emerged from the latter as one of the heroes of the Battle of King's Mountain, South Carolina, on October 7, 1780, when Great Britain's Maj. Patrick Ferguson was killed and his command was eliminated. In late 1783 Shelby and his bride, Susannah (Hart) Shelby, moved to his preemption holding near Knob Lick in Lincoln County, and his reputation made him a leader in Kentucky politics. He participated in several of the conventions that preceded Kentucky's statehood in 1792, and on May 17 of that year the state's electors unanimously chose him as the first governor. He served from June 4, 1792, to June 1, 1796. After leaving office, Shelby spent sixteen years developing his properties and increasing his fortune. In 1812, as war with Great Britain became imminent, the public persuaded him to run for governor again. The electoral college had been discarded by then, and Shelby defeated Gabriel Slaughter easily, 29,285 to 11,936, on the strength of his military experience. He held office from August 24, 1812, to September 5, 1816. Shelby insisted that Gen. William Henry Harrison be given top command in the western theater, and he pushed for a statewide preparedness program. In 1813 Shelby raised 3,500 troops, double the number requested. With the permission of the General Assembly, he personally led the troops to join Harrison's army. The doughty sixty-two-year-old governor was active at the Battle of the Thames on October 5, 1813, when the British and the Indians were decisively defeated; for this he was awarded the Congressional Gold Medal. After his second retirement, his last public service of consequence occurred in 1818, when he and Andrew Jackson negotiated with the Chickasaw Indians the purchase for Kentucky of the area west of the Tennessee River that became known as the Jackson Purchase. In his first administration, Shelby provided sound, reliable leadership in the implementation of the new constitution. His role was much like that of George Washington on the national scene three years earlier. Shelby was a Jeffersonian Republican as that party emerged, and he sought federal assistance in curbing the Indians in the Northwest and in securing the vital use of the Mississippi River. His refusal to take action against pro-French groups upset the federal administration, but Shelby proved correct in his belief that the Genêt affair would collapse of its own accord when Genêt failed to win support for France in the United States. The economy proved stable, as adequate finances were found for a relatively passive government.

Shelby's second administration was dominated by the War of 1812, and he paid little attention to domestic concerns. The militia laws were revised in an effort to create a more effective organization, and women were urged to sew and knit for the cause. But the Kentuckians who fought in the Battle of New Orleans were poorly equipped. When Shelby left office, honored by most Kentuckians for his service, he returned once more to his farm Travelers Rest, south of Danville, where he died on July 18, 1826. He was buried in the family cemetery.

Sponsored Search by Ancestry.com
DNA Connections
It may be possible to confirm family relationships with Isaac by comparing test results with other carriers of his Y-chromosome or his mother's mitochondrial DNA. However, there are no known yDNA or mtDNA test-takers in his direct paternal or maternal line. It is likely that these autosomal DNA test-takers will share DNA with Isaac: 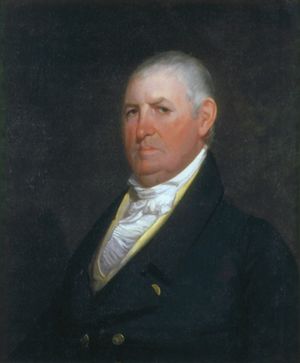 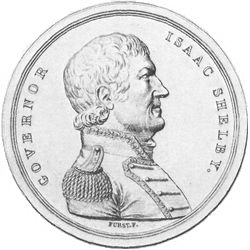 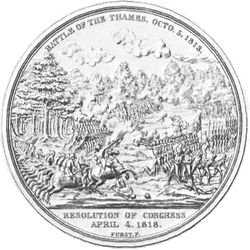 The Known Patriots at the Battle of Kings Mountain

Leave a message for others who see this profile.
There are no comments yet.
Login to post a comment.
[Living Lechner]
You may wish to add the following in the bio section at the top if he served in Lord Dunmore's War

and in the bio replace "Lord Dunmore's War" with