Philippa "Queen of England" of Hainault formerly Hainaut aka Hainault
Born about 1314 in Valenciennes, Flanders

A precise birth date for Philippa of June 24 either in 1310 or 1311 or 1314 can often be found.[3]This comes from a report by Walter de Stapledon, Bishop of Exeter who was sent to Hainaut in 1319 inspect the daughter of William of Hainault as part of the marriage negotiations. He reported “the damsel will be of the age of nine years on St. John's day (June 24) next to come.” [4] This is often to be taken to mean that Philippa was born on 24 June since she is the one who was betrothed to Prince Edward in 1326 and married to him in 1328. However, it has also been argued that this report was about Philippa’s older sister Margaret. [5] This certainly seems to be the most likely since Edward II was requesting a papal dispensation for the marriage of his son Edward to Marguerite de Hainaut in 1318 and in 1320.

Froissart stated that at the time of her marriage she was "la joine roine sus le point de quatorze ans." [6] A statement which some have interpreted as meaning she was 14 years old and others that she was almost but not quite 14 years old. Cawley interprets this to mean she was born late January or early February 1314. It must be noted though that Froissart has Edward III's age wrong by one year, which brings into question the accuracy of this date. [1]

Wikipedia currently shows a precise birth date of 24 June 1314 which is mixing the statements of Bishop Stapleton and Froissart. [7] The source given for this is Williamson's Debrett's Kings and Queens of Britain. [8]

Papal dispensation for the marriage granted on 30 August 1327, they being related in the 3rd degree of kindred. [2]

Children of Edward III and Philippa of Hainault: [1] [2]

From: Royal Tombs of Medieval England - "Work on the queen's tomb appears to have begun as early as 1362, when instructions were given for six cartloads of alabaster to be brought from the Tutbury quarry to Westminster. On 20 January 1367 'Hawkin Liege' received payment for work on the queen's tomb. Philippa died at Windsor on 10 August (sic) 1369, but it was not until 10 January the following year that Edward instructed the removal of 'dung and other filth' from the London streets in preparation for her funeral. Hearses were commissioned along the processional route at Windsor, Kingston, St. Mary Overy, St. Paul's and Westminster. The queen was buried in the Confessor's Chapel on 29 January 1370. Her tomb, however, was not completed for another six years. On 31 May 1376 the 'stone mason' John Orchard was paid for 'diverse images in the likeness of angels' on her tomb. The tomb must have been largely completed by 28 June 1376 when Orchard received payment for various other works for the tomb-chest and regarding the tomb railings. Philppa's tomb stands in the south-eastern bay of the Confessor's Chapel in Westminster with that of another queen, Eleanor of Castile, in the corresponding bay to the north. Philippa's effigy shows her holding a scepter in the right hand and grasping her mantle cord with the left. The effigy was executed in white marble with the tomb-chest in black marble with white marble cladding. The queen apparently designed her own tomb based on French designs." [10]

There is a full-length wooden effigy of Philippa in Queen's College, Oxford. It's not a copy of her tomb effigy, and depicts a younger woman whose features correspond with the Stapledon description. The original college seal also has a full-length figure of the younger queen.

Is Philippa your ancestor? Please don't go away!

ask our community of genealogists a question.
Sponsored Search by Ancestry.com
DNA
No known carriers of Philippa's DNA have taken a DNA test. 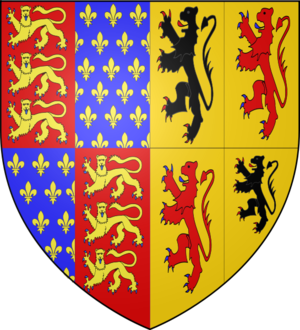 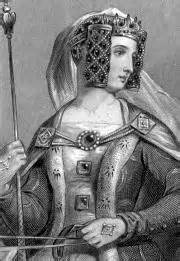 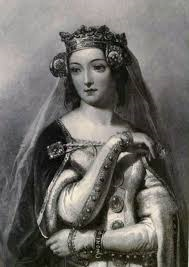 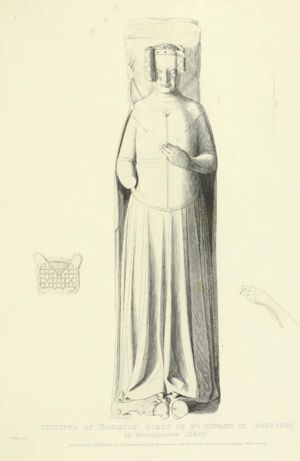 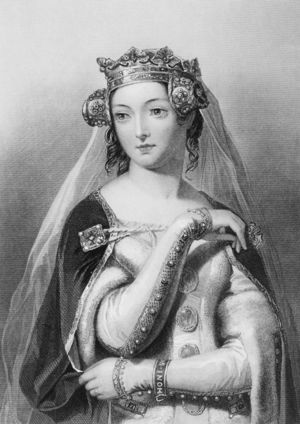 Leave a message for others who see this profile.
There are no comments yet.
Login to post a comment.
[Living Sälgö]
I added on the Talk Page in Wikidata for Q229279 the comment about the birthdate see link.

Darlene (Athey) Athey-Hill
I saw a discussion re: her son (John of Gaunt) and whether his name should have 'of' in it. I believe her name should be 'of Hainault' as she was from Hainault, i.e. Hainault wasn't her last name. Both the Oxford Dictionary of National Biography and discussions on the Gen-Medieval site refer to her as Philippa of Hainault.
posted Jan 29, 2014 by Darlene (Athey) Athey-Hill